Are you over 18 years?
This site is available only to adults.
Come back to us when you are 18 years old.
POPRZEDNIE NASTĘPNE 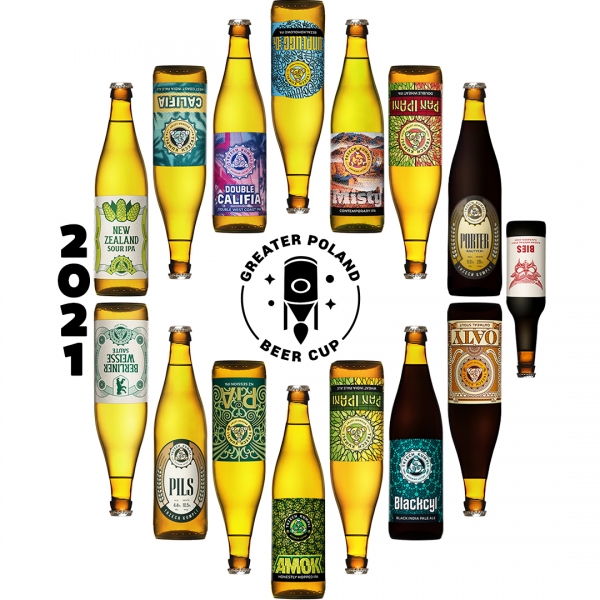 Greater Poland Beer Cup is a contest addressed to professional breweries from all over the world. Over 80 breweries from 12 countries participated in this year’s edition of the competition, presenting over 300 beers. We were also among them. With undisguised pride and satisfaction we inform you that we have returned from Poznań with 15 medals !!!

This is not all. IPA Unplugged was the third best beer in the competition! This is noteworthy because it is rare for non-alcoholic beer to rank so high in the competition with traditional alcoholic beers, as indeed the organizers of the contest have pointed out. It is also worth noting that medals were not awarded in all categories of the contest. If there were few types of beer in a given category and according to the jury none of those presented deserved a medal, the medals were not awarded.

In addition, there were three categories in which our beers competed with each other, because the organizer allows you to present more than one beer in a given category. Such a situation happened to us in the past, but never in three categories. Therefore, we have had more than one podium in the American IPA, Hazy IPA / NEIPA categories as well as in Double IPA, Double Hazy IPA / Double NEIPA.

The official award ceremony will take place on 30 July during the Poznań Beer Fair. Congratulations to the other medal winners. We will certainly see you next year with new products, because beers like Berliner Weisse Sauté, New Zealand Sour IPA or Double Califia that have won silver and gold medals in their categories, are our new products this year.

The awarded beers are:

Pils – bronze medal in the German and Czech Pils category

NZ Sour IPA – silver medal in the IPA category – other

Blackcyl – bronze medal in the IPA category – other

Bies – silver medal in the barrel-aged beers category  – other